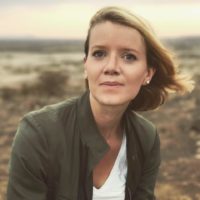 8彩票网登陆Members of Hezbollah and their supporters gathered on Sunday in Beirut, Lebanon, to mourn the death of Iran's top military leader, General Qassem Soleimani, who was killed by a U.S. military airstrike on Friday in Iraq. NewsHour Weekend Special correspondent Jane Ferguson reports on how Iran’s most powerful proxy group is responding to the loss of their revered hero.

Listen to this Segment

More From This Episode

Jane is a Beirut-based Special Correspondent for the NewsHour, reporting from across the Middle East, Africa and beyond. Reporting highlights include front-line dispatches from the war against ISIS in Iraq, an up-close look at Houthi-controlled Yemen, and reports on the war and famine in South Sudan. Areas of particular interest are the ongoing cold war between Iran and Saudi Arabia in the Middle East, Islamist groups around the world, and US foreign policy. Before coming to the NewsHour Jane reported extensively for Al Jazeera English and CNN International. She has lived in the Middle East for 10 years and is fluent in Arabic.

8彩票网登陆Subscribe to Here’s the Deal, our politics newsletter for analysis you won’t find anywhere else.

Iran strikes back at U.S. with missile attack at bases in Iraq

Warren’s new bankruptcy plan could spark a clash with Biden

In 2020, watch for these blockbuster Supreme Court cases